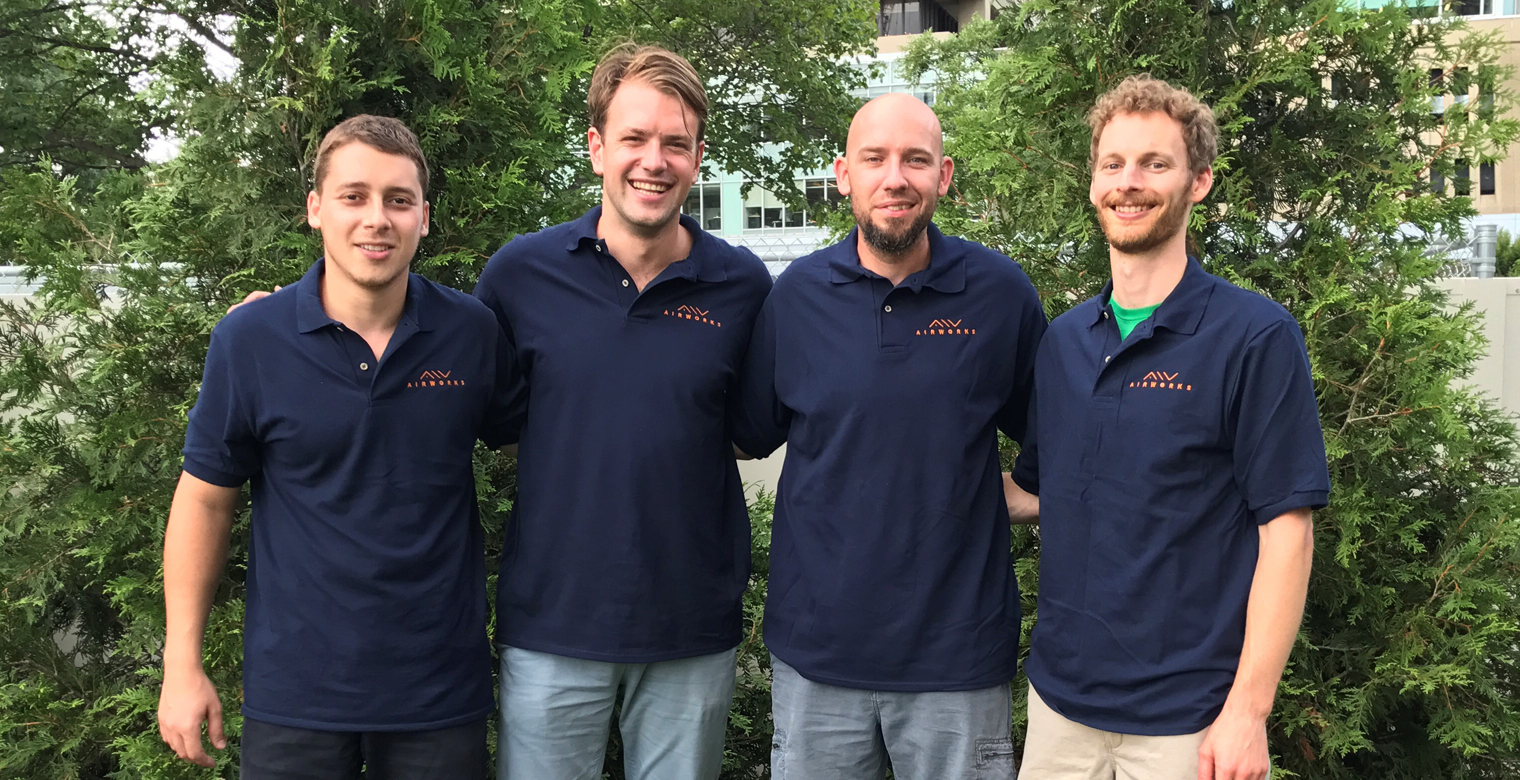 AirWorks was founded out of MIT by a team of entrepreneurs and engineers in May 2017 as part of a summer accelerator program. At AirWorks, we specialize in aerial mapping and 3D modelling at survey-grade accuracy to help surveyors make operations faster, safer and more cost-effective. With our background in aerospace, we focus on developing and integrating technology to create viable drone solutions for surveying, civil engineering, utility inspections, communications and renewable energy.

Prior to launching Airworks, one of the co-founders and MBA world summit alumni David had worked on concepts for drone deliveries. With a team of students we modified a drone to carry payload and fly autonomously from one GPS location to another. It was a very nice project to prove that technically drone deliveries are certainly do-able today. However as I researched FAA regulation, it was very clear that the path for flying drones beyond visual line of sight was not going to open in the US for at least another 3-5 years. Other countries in Europe are even further away as for example in Germany, UAV regulations are even more restrictive than in the US. While many people simply complain about regulations, as a private pilot I do consider the current restrictions rather necessary and a technical challenge. In the US but also other countries of the world, private aircraft are flown under visual flight rules (VFR) and in some non-populated areas flights under 500ft are allowed – interfering with UAV operations in the sub 100 meter zone. Also in more populated areas, many helicopter routes cross straight through this airspace that is designated for the flight of unmanned vehicles. One can easily imagine that drones operated only through remote vision and control out of line of sight of the pilot are a serious danger to manned vehicles.
The solutions are therefore more technical than what people think as politicians blocking advancement of technology. In the US, the FAA has even p 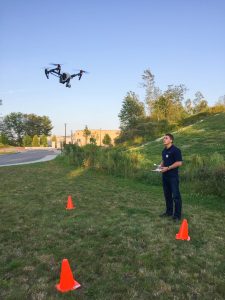 artnered with NASA and other firms in the industry to develop a so called “Unmanned Traffic Management System”. This system will most likely be a ground radar based system that coordinates flights of any kind of manned and unmanned vehicles in the airspace below 400 feet. Following current projections, the project will likely propose concrete tested solutions by 2019, but the wide-spread adaption can easily take a few more years. Therefore we will unfortunately have to wait a bit to be able to order our pizza delivered by a drone.

AirWorks therefore resulted out of the endeavor to build economically viable concepts using UAVs that are deployable within the current regulations and can strengthen the adoption of UAVs in our societies. At the beginning, we studied a whole variety of applications in various industries ranging from inspection of renewable energy, security, insurance and construction. The biggest impact however, we felt we could have in the land surveying space. There are more than 40,000 licensed surveyors in the US and while technology has certainly been adopted in the field with robotic total stations and RTK GPS, the work is still mostly similar to how surveying was done in the 1900s- by foot on the ground. We noticed that by using UAVs, we can not only deliver final results our customers desire 40% quicker, we can also do so over 50% cheaper. And this time already includes post-processing of the imagery and the CAD work that has to be done either way and takes approximately the same time as the traditional field work in each project. While for now the CAD work requires the same amount of time using UAVs as with a traditional survey, the efforts in data capturing itself can be reduced tremendously. Depending on the terrain, a traditional surveyor can cover 2-10 acres a day with a 2 people crew. Our UAVs can capture data of a 100 acres plot of land in under 4 hours. That is at least 20 times faster. The time saving can be further increased by new technology such as LIDAR that can even penetrate highly wooded terrain to achieve accurate elevation readings. Surveying in wooded terrain is even more difficult, time consuming and dangerous- a problem that can be solved by the use of UAVs.

Now land surveys are not the most simple application for UAVs. Land surveyors are carrying a lot of responsibility to certify that their results are precise up to a very high accuracy of a few centimeters. By the use of the most advanced technology, we believe that we can achieve these accuracies with a UAV and we are currently planning to conduct a study leading to a whitepaper to compare our results to a traditional survey by ground.
Furthermore- surveyors today already use photogrammetry for certain large jobs. While it is possible to mount a high precision camera on a manned aircraft, this aircraft will certainly fly higher and faster than our UAVs, both resulting in a reduction of image quality and at the same time a significant spike in cost.

We have proven these capabilities this summer as we have completed two projects in Massachusetts. The first was a 3D mapping project of a local cell tower and the second was a mapping project for solar development at the HQ of a large company based in Massachusetts. These projects have confirmed our ability to deliver complex projects in the surveying space and we are now rolling out our services in the US.
At AirWorks we believe however that surveying is only the beginning. The skills we have built in the field can be easily transferred to the inspection of critical infrastructure and really any area that requires the synergy of aerial sensing with a concrete engineering solution. It is most important however that companies don’t stop after providing the raw data derived from the sensors. Often further post-processing into engineering drawings or the integration into the existing monitoring systems of clients is just as important. We take pride and set ourselves apart from our peers in providing real value in the entire life cycle for our customers and we hope therefore to contribute moving aerial solutions from a hype to more standard practice.
We are excited to be in this space in this pivotal point in time and are happy to hear if we can assist you and your company by making your life easier with aerial services.